Get tickets NOW for Sunday’s webcast – you’ll experience an Aegis workshop on forgiveness which has seen participants in conflict zones lay down weapons and give up plans for revenge:

“The best part about this genocide memorial is the hope that’s coming out of it.”

“The best part about this genocide memorial is the hope that’s coming out of it. There’s a whole new generation of young people who are saying, never again, Kwibuka, which means, ‘never forget’. Yes, they have forgiven, but they haven’t forgotten,” says Kenyan TV anchor and former CNN Africa Correspondent Jeff Koinange in the above piece to camera, recorded at the Kigali Genocide Memorial last Sunday. “That’s my message to people out there. Come visit the Kigali Genocide Memorial. Come see it for yourself. Don’t take my word for it. Come see it for yourself.”

Forgiveness at the heart of peace

At the heart of peace and values education first developed at the Kigali Genocide Memorial, now built into Rwanda’s national schools curriculum, lies promotion of critical thinking, empathy, personal responsibility and trust; a trust which can only come with forgiveness.

That process of forgiveness is inspiring others. In the Central African Republic – where armed conflict is ongoing – the workshop which you can experience live next weekend has led to multiple instances of people giving up plans to kill in revenge for violence which they or their family suffered.

Tickets are going fast: Click here to book yours

“A lot of countries dealing with divisions could benefit from this model of peacebuilding,” says Ghanaian music legend and UN Goodwill Ambassador Rocky Dawuni, who has himself visited the Kigali Genocide Memorial. “Now is the time to scale this up.”

Dawuni – who straddles the boundaries between Africa, the Caribbean and the US with his Afro Roots sound – will be live in Sunday’s webcast, bringing you an exclusive performance of “Walls Tumbling Down.”

This webcast will be the third in a live three-part series from the Aegis Trust and Kigali Genocide Memorial, ‘From Hate to Humanity: Lessons from Rwanda’. (Parts one and two are available for catch-up on demand).

Start a fundraiser, or start a monthly donation of $5 or more, and we’ll provide you with free access to the entire webcast series.

There has never been a better time to support our work. The Pears Foundation will match the funds you raise or give for the first 12 months. 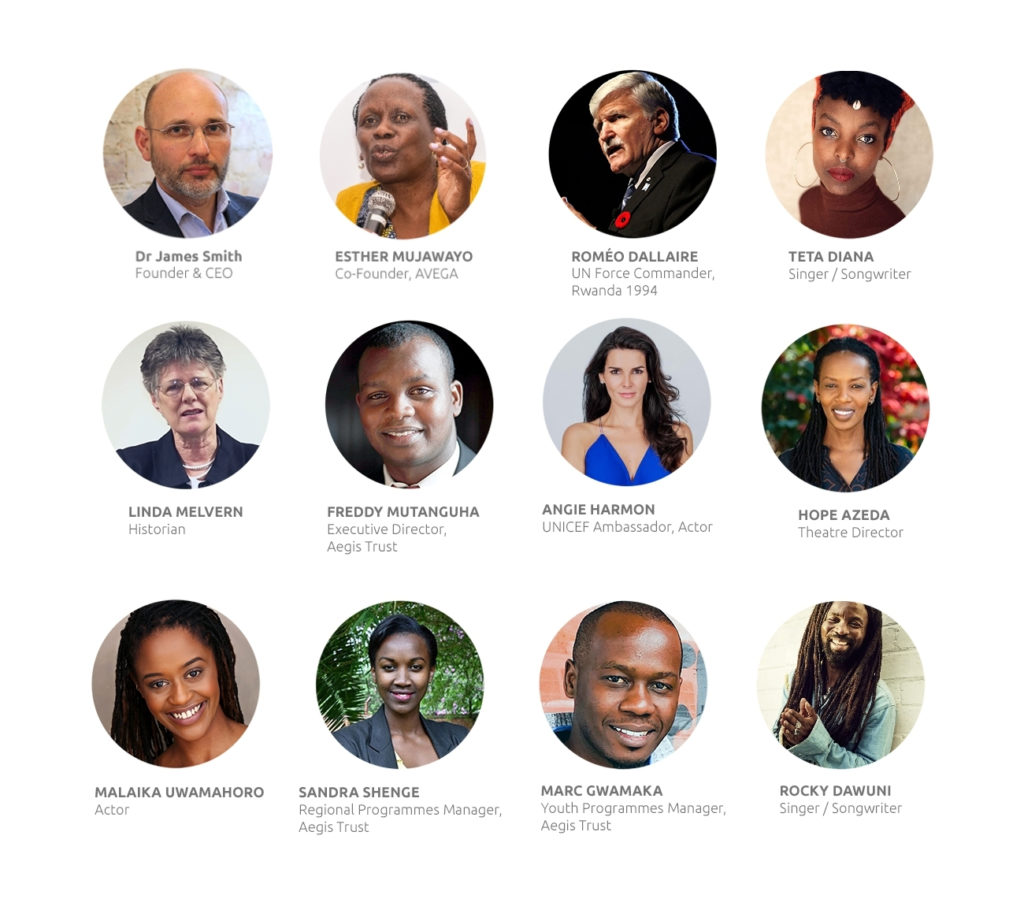