The reported words of the Mayor of Nyala, Darfur, in a speech given at Sheariya, 21 September 2005, addressing the local Zaghawa population.

‘Darfur’ means ‘Land of the Fur’. The westernmost region of Sudan, and an area roughly the size of France, its population of 6 million was drawn from many tribes, including farming and herding communities, which traditionally coexisted relatively peacefully. The vast majority shared the same religion – Islam – and all were Africans. Increasingly, however, nomadic herders such as the Baggara identified themselves as “Arab”, distinct from settled “African” tribes such as the Fur and Massaleit.

In the 1980s, drought increased competition between herders and farmers for water and land use. Sudan’s authorities – mainly Arabs from north Sudan – turned a blind eye as discrimination and attacks on ‘African’ tribes increased. Armed clashes broke out. From the late 1990s, ‘Arab’ militia attacks were supported by the Sudanese Government in a policy of ‘Arabization’. Over 200 villages, mainly Fur, Massaleit and Zaghawa, were cleared of their people between 2000 and 2002.

These tribes began to organize to defend themselves. On 25 April 2003, two rebel groups – the Sudan Liberation Army (SLA) and the Justice and Equality Movement (JEM) – successfully attacked the air base at Al Fasher, North Darfur.

The Government responded by arming and unleashing a local ‘Arab’ militia, nicknamed ‘Janjaweed’ (devils on horseback), on Darfur’s civilian African population. They swept through village after village, killing, raping, looting, burning. Often their attacks were supported by Sudanese troops or aircraft. By 2006, over 3,000 villages had been destroyed, 2.8 million people had been internally displaced and 200,000 had become refugees in Chad. Up to 400,000 people had been killed, either through direct violence or starvation and disease as a result of the ethnic cleansing.

A decade after the start of the crisis, millions remain displaced, fighting in Darfur continues, a series of partial peace deals between the Sudanese Government and rebel factions in the region have not held, and an international peacekeeping mission involving the African Union and United Nations has failed to bring peace. Humanitarian relief has kept hundreds of thousands of displaced Darfuris alive, but there is still no security for them to return home. Meanwhile, ethnic cleansing has spread to Sudan’s Nuba Mountains and Blue Nile State, where hundreds of thousands of internally displaced people have been cut off from international humanitarian relief since mid 2011.

In 2005, the UN Security Council referred the Darfur situation to the International Criminal Court. In 2010, the ICC issued an arrest warrant for Sudan’s President, Omar Bashir, on charges of genocide. He is the only sitting Head of State in the World facing such a warrant. Today, the crisis continues. 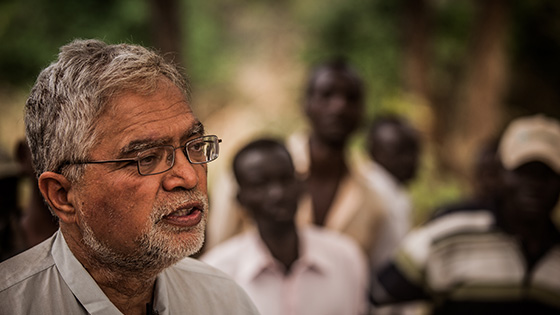 Mukesh Kapila, Aegis’ Special Representative on Crimes Against Humanity, blew the whistle on Darfur when head of the UN in Sudan, 2004. Find more about his work with Aegis here. 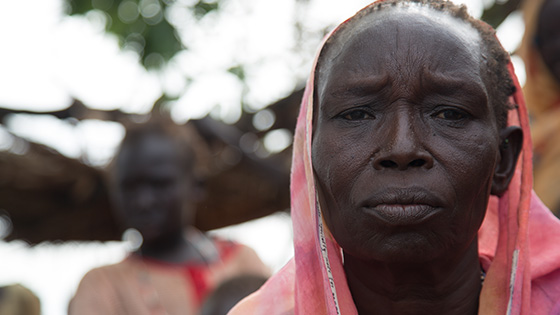 Genocide is rearing its head again internationally. We must do everything we can to prevent the inevitable. Please donate now to support our peace-building and crisis prevention work.