“Dear finder of these notes, I have one request of you… that my days of Hell will find a purpose in the future.”

Zalman Gradowski, a member of the Sonderkommando, who buried his written eyewitness account in Auschwitz-Birkenau. An estimated 1.1 million people, including at least 960,000 Jews, were murdered in Auschwitz.

The Holocaust, the genocide of Jews in Europe, was carried out by Nazi Germany during the Second World War.

Official persecution of the Jews began Adolf Hitler came to power in 1933, but hatred of Jews – antisemitism – went back much further. The Jews were blamed for the death of Jesus Christ. They were expelled from Britain in 1290 and Spain in 1492. In Portugal Jews were forced to convert to Christianity. During the 1600s, large numbers of Jews were massacred in Eastern Europe.

The Nazis came to power at a time of severe economic instability. Hitler promised jobs and a better economy, and many Germans welcomed his ideas. These included making Germany ‘racially pure’, removing the Jews from Germany and its territories. Jews, Gypsies, Jehovah’s Witnesses, Communists, lesbians and gays were identified as inferior and a threat.

Jews were isolated from society and stripped of their rights as German citizens. Later they were segregated into ghettos – often walled-off sections of towns and cities. In January 1942 the Nazis established the so-called ‘Final Solution of the Jewish Question’, a plan to murder all remaining Jews in Europe. The Jews would be deported to concentration camps and death camps, either being gassed on arrival or worked to death. 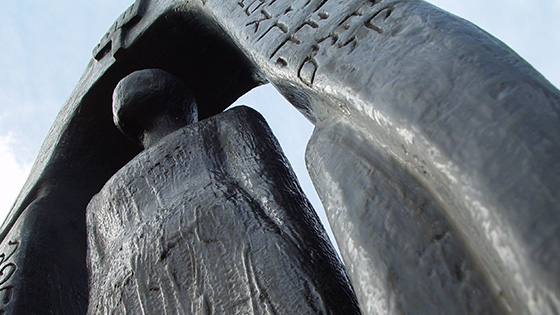 Birthplace of the Aegis Trust, the Centre houses two permanent exhibitions about the Holocaust set in landscaped memorial gardens. Survivors regularly speak there. 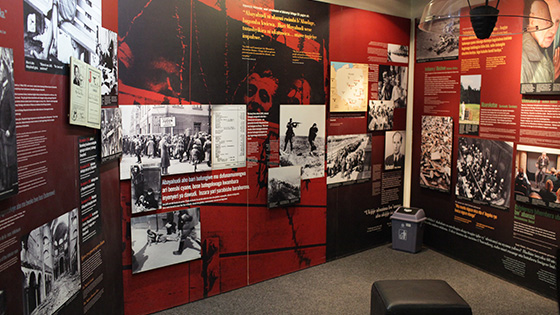 One of the three permanent exhibitions at the Kigali Genocide Memorial in Rwanda, this includes a section on the Holocaust – which helps to set events of 1994 in historical context. 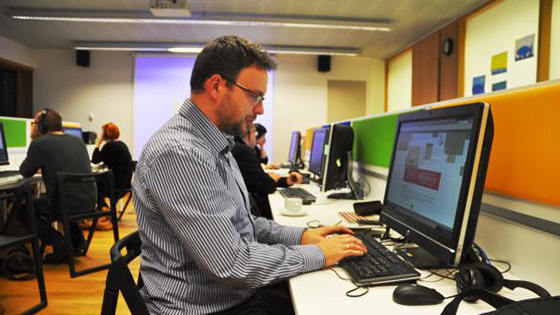 Created by Steven Spielberg after ‘Schindler’s List’, the USC Shoah Foundation is the largest archive of its kind, having recorded over 52,000 Holocaust survivor testimonies on film.