At the invitation of Christian and Muslim faith leaders in the Central African Republic, the Aegis Trust visited CAR in 2014 to meet with community leaders and Government ministers – including interim President Catherine Samba Panza – to explore ways in which lessons from Rwanda could be applied to strengthen peacebuilding and the restoration of social cohesion in the country. Over 5,000 civilians had been killed and hundreds of thousands driven from their homes as a result of violence involving the mainly Muslim Seleka and Christian ‘Anti-Balaka’ militias.

In 2015, Aegis brought the testimony of Rwandan genocide survivors to the Bangui Forum for National Reconciliation, which involved the government and leadership from a wide range of stakeholders across CAR. As part of a peacebuilding partnership in CAR which includes Catholic Relief Services (CRS), World Vision and Islamic Relief, Aegis’ focus in CAR is now firmly on peace-building education.

The Central African Republic (CAR) is one of the poorest countries in the World and has been unstable since independence from France in 1960. It has endured several coups and a notorious period under a self-declared emperor, Jean-Bedel Bokassa, who headed a brutal regime.

In 1979, Jean-Bedel Bokassa was overthrown in a coup led by David Dacko and backed by French commandos based in the country. Decades of political instability followed, culminating in riots and looting in 1997 by unpaid soldiers. When in that year the French pulled out, there were fears of a power vacuum, so Paris financed a group of French-speaking African countries to create a peacekeeping force. That force was then transformed into the UN Mission to the Central African Republic, or Minurca.

Some progress towards stabilising the country was made between 2008 and 2012, before the mainly Muslim Seleka rebel alliance marched south and captured the capital in March 2013, ousting President Francois Bozize. The country then descended into religious violence.
Executions, rape and looting by Seleka in the mainly Christian country drove tens of thousands from their homes and led to the formation of Christian self-defence militias – the ‘Anti-Balaka’ (meaning ‘anti-machete’) – which quickly moved from fighting back against the Seleka to conducting their own widespread attacks on CAR’s Muslim minority. Before 2014 was out, over 5,000 people had been killed and more than 850,000 remained displaced – with most of the country’s Muslims driven into exile as refugees.

In 2014 the UN warned that there was a high risk of genocide in CAR. Approximately 4.1 million people, almost half of whom are children, have been directly affected by the crisis.
With security assistance from a UN peacekeeping mission, the transitional government of Catherine Samba-Panza set about trying to stabilise the situation.
In May 2015, the ‘Bangui Forum for National Reconciliation’ drew around 700 leaders from across the political, religious and social spectrum in CAR. The forum adopted several resolutions impressive in their scope. These included a new disarmament and demobilisation agreement, signed by the Seleka and Anti-Balaka with the transitional Government; the release of child soldiers by both militias (numbering up to 10,000, according to UN estimates); a revised timeline for elections; creation of a nationwide justice and reconciliation process; and identification of development priorities to try to kickstart the country’s wrecked economy. Within days of signing the agreement, hundreds of child soldiers were released by the militias as a token of their commitment to this new peace deal.

“[If no-one invests in peace building,] very simply it would leave the country in total chaos.”

Armel Sayo, CAR Minister for Youth, speaking to Aegis in 2014.
Sayo was kidnapped and held by militants in Bangui for several weeks in early 2015.

How you can help

Action for CAR is an international youth-led campaign supported by Aegis and STAND to help CAR through fundraising, education, advocacy and in-country social cohesion activities. 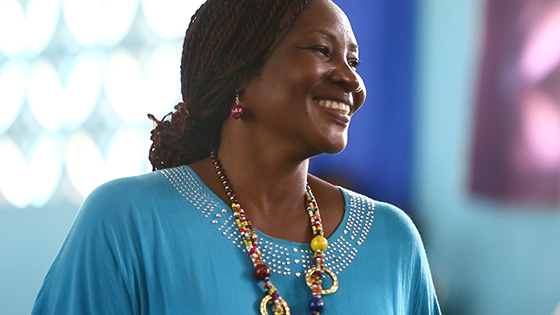 There are multiple ways that you can turn the hope for peace into a reality in the Central African Republic by helping Aegis transform lives. Take a look at what works best for you.

BE PART OF THE TEAM 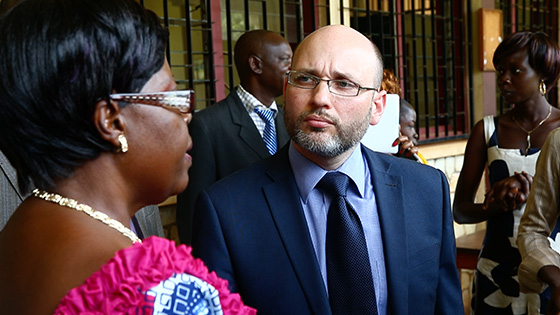 Reconciliation requires support. Help to ensure that the glimmers of hope in the Central African Republic don’t go out. Donate to support the Aegis Trust’s work there today.

GIVE NOW TO SAVE LIVES