The Aegis Trust’s Regional Director in East Africa, Freddy Mutanguha, was honoured in the Hague on Monday at the inauguration of the Peace, Justice and Security Foundation, which aims to stimulate and support more inclusive public and institutional dialogue on these issues.

At the gala, Mr Mutanguha was presented with the inaugural Peace, Justice and Security Award by Victor Ochen, the new UN Global Goals Ambassador for Peace and Justice. The event was supported by public figures including award-winning actor Sharon Stone, and was addressed by Prince Zeid Ra’ad Zeid Al-Hussein, the United Nations High Commissioner for Human Rights.

Freddy Mutanguha’s acceptance speech (see video, above) moved some members of the audience to tears. “Only education that touches heart and minds can save the world from hate based- atrocities,” he said.  “Aegis’ proven approach of story-based education accomplishes that.”

Actress and film producer Sharon Stone, supporting the event in The Hague, said: “I am proud of Freddy’s efforts on behalf of others who have no voice and congratulate him on his award from the Peace, Justice and Security Foundation. It was inspiring to meet him and remarkably informative to hear his story.” 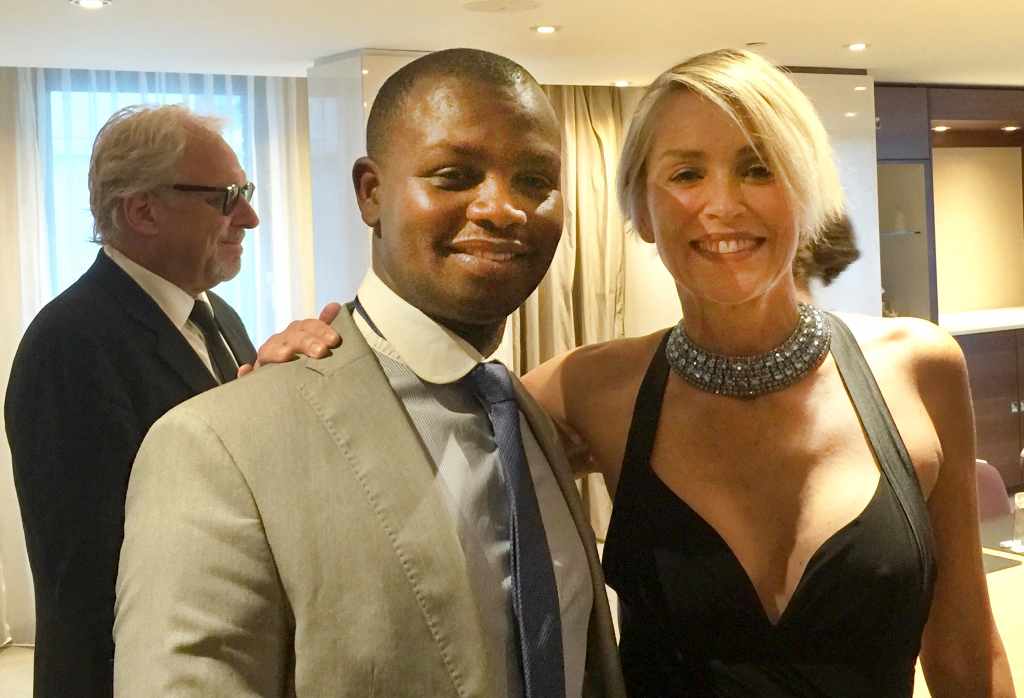 Sharon Stone congratulates Freddy Mutanguha on receipt of the inaugural Peace, Justice and Security Award in the Hague, 5th September 2016

A survivor of the 1994 genocide against the Tutsi in Rwanda, Freddy Mutanguha played a key role in development of the Aegis Trust’s peace education programme in the country, the core elements of which are now incorporated in Rwanda’s schools curriculum. As Aegis’ regional director, he is now at the forefront of taking the successful model for peace education developed in Rwanda to other countries, working in partnership with community leaders and national or regional authorities in Kenya, South Sudan and the Central African Republic.

“We are proud to honour Mr Mutanguha for his extraordinary courage despite a painful past,” says Florence Olara, founder of the Peace, Justice and Security Foundation. “Through his work for the Aegis Trust, he is at the forefront of building peace at a grassroots level among communities in East Africa. It is vital work for the future.”