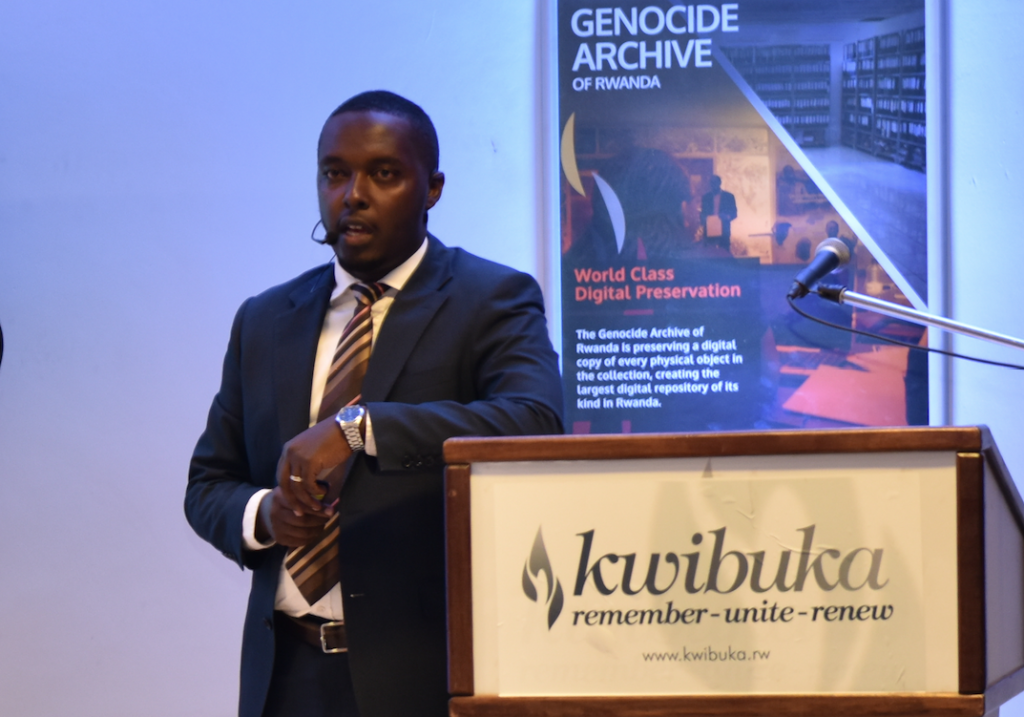 Claver holds a bachelor degree in Computer Sciences from the University of Rwanda (previously National University of Rwanda) since 2008. From 2008 to 2010 he worked for reputable institutions which include Plan International (Rwanda Chapter), IBUKA-the umbrella of survivors’ associations in Rwanda and HUAWEI Technologies, a Chinese Telecommunication Equipment Provider, where he served as IT-Officer. In July 2010 he joined Aegis Trust to work with the Archive & Documentation Centre where he served as IT-System Administrator, helping with digital archive (www.genocidearchiverwanda.org.rw) management and other IT operations of the Centre. In November 2011, Claver got promoted to manage the Archive and Documentation Department (http://genocidearchiverwanda.org.rw/index.php/The_team ). Added to his professional career also are managerial skills/knowledge from various courses he attended, one in Paris (June 2010) on communications and information marketing, another course on Online services & standardized information collection management, provided by NIOD the Institute for War, Holocaust and Genocide Studies in Amsterdam (July 2012) and another one in USA on digital preservation practices provided by the USC Shoah Foundation Institute in March 2015. From September 2013 Claver started working with a consortium of experts in physical and digital archiving from King’s College London, NIOD and Shoah Foundation Institute from the University of Southern California, to find a lasting solution for the preservation of Gacaca records. Today the Gacaca Archive Project study has been developed and is being successfully implemented by Aegis Trust in collaboration with CNLG. Claver’s professional experience at Aegis Trust over the last 6 years varies from project development to project management where his IT skills and communications capacity helped him lead on substantial projects that Aegis Trust has been implementing. Throughout that journey Claver has interacted and continues to interact with various stakeholders and partners locally and globally to discuss and define means or solutions that are IT driven and designed to resolve social challenges to support the ongoing post genocide reconstruction of Rwanda. In that regard Claver worked and still works with many local and international experts from service provider companies and consultants to undertake the development and implementation of different projects at Aegis Trust. From 2016 to 2019 Claver was the Aegis Trust’s Digital Resources Manager. He is now the Digital Resources & Communications Manager for Aegis in Rwanda. He is married and father of two children.